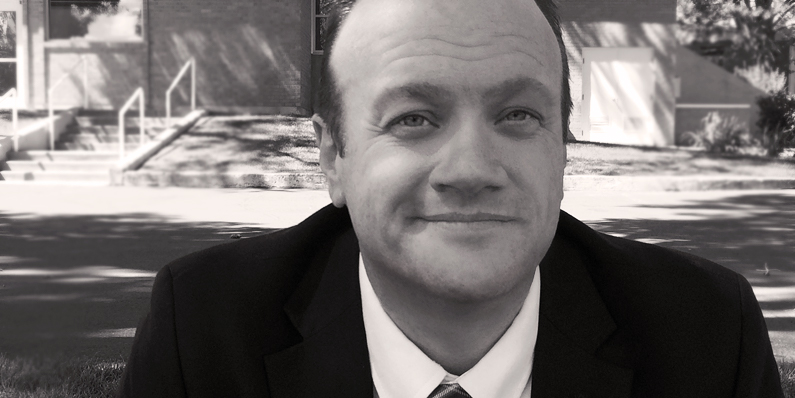 Who is Steve Smith? It’s me, an LDS composer and arranger who is also a writer, marketer, student of American culture, husband, and father of four. But if you’re here, you’re probably most interested in the music.

The music in me.

I’ve loved music since I was a kid. So playing and arranging “by ear” eventually became formalized study in music composition at Brigham Young University. There, I met Mack Wilberg and began a career in music preparation for the Mormon Tabernacle Choir (and Orchestra at Temple Square) that now spans more than twenty years. Along the way, I composed for musical theater and film, directed many community chorales and ensembles, “jingled” for advertising, and routinely serve as ward (and stake) choir director.

When I began Soundsmith Music in 1995, I hoped to create a series of FREE LDS hymn arrangements that were beautiful and inspiring, yet still accessible enough for the average ward choir to perform. I’ll admit, my youthful zeal often got the better of my musical judgment. So most of these arrangements probably missed the mark in terms of simplicity (if not in terms of beauty and inspiration). Despite any difficulty (or clumsiness) in the arranging, many of you from around the world have taken time to perform the music and provide wonderful feedback—thank you!

As I re-engage with this pursuit (how do you like the new site?), I plan to revisit many of these earlier arrangements. Perhaps I can reduce some of them to a simple “SAB Chorus and Piano” version more usable by ward choirs. For those of you that have the time and the inclination, I’ll repost a few of the four-hand piano, extended chorus, or other ensemble versions up on the site, too.

Thank you for your support.

Thanks so much for your continued support and for spreading the word. I hope these arrangements prove useful and perhaps even inspiring for your wards and stakes. I look forward to hearing from you in the comments. Best of luck with your ward choir!

The other Steve Smith.

PS – Sometimes I get asked: Are you the Steve Smith that served a mission in Jacksonville, Florida? (No) Portugal? (No) Scotland? (Yes) Perhaps the above answers whether or not I’m that Steve Smith—the one that you once knew. If so, drop me a line via LinkedIn or Facebook. If not, feel free to connect with me anyway. I’m perfectly happy being the other Steve Smith you know. 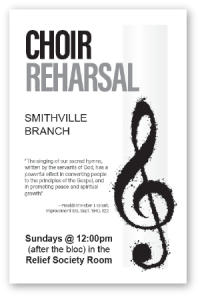 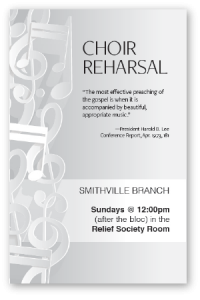 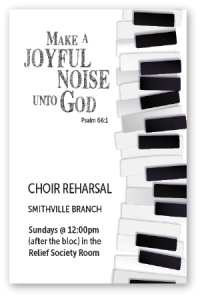